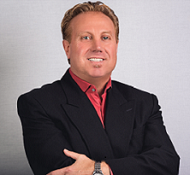 Franco Scala has over 28 years of experience in the construction industry. His experience in residential construction began in 1980, as a homebuilder in Springfield Massachusetts. For 10 years he built homes, and gained an appreciation for a customer based business. For the next several years, he was a Construction Manager, and Construction Facilities Manager for Highwoods Properties in Orlando.

In 2003, He started Pioneer Construction, Inc. Franco has been responsible for the management of over 3.5 million square feet of interior construction and 2 million square feet of capital improvements in Orlando, FL. Recently, under the direction of Franco Scala, Pioneer Construction is expanding their services, and business ventures. He is spearheading the development of the downtown Orlando town-home development project The Brownstones. Franco is expanding the scope of the construction & development aspects of his business, in both the residential & commercial markets.

In addition to The Brownstones, Franco has developed several multi-family residential projectsIn prestigious areas in Central Florida. There are several construction & development ventures on the horizon for Franco Scala and F&J Developers. 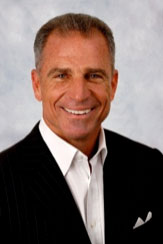 Jim Heistand serves as President and Chief Executive Officer of Parkway Properties, a NYSE-listed office REIT headquartered in Orlando, Florida.  Since Mr. Heistand took over as President and CEO, Parkway has experienced tremendous growth and strategic realignment focusing on building a premier portfolio of office properties in the Sunbelt.  Under his leadership during the past two years, Parkway has acquired $2.5 billion of office assets totaling over 10 million square feet.  Mr. Heistand joined Parkway in 2011 through the company’s merger with Eola Capital.  As Eola’s founder and chairman since its inception, he was responsible for the acquisition of $1.3 billion of office assets that included 13.3 million square feet in Florida, Atlanta and Virginia.

Mr. Heistand served as chairman of the executive committee of DASCO from 1999 until its sale to CNL Retirement in 2004 for $241 million.  In 1989, Mr. Heistand founded and served as chairman of Associated Capital Properties, Inc., an office and investment company focused in Florida.  The company was purchased by Highwoods Properties in 1997 for $622 million.  He subsequently served as a senior vice president for Highwoods from 1997 to 1999 and as a member of its board of directors from 1998 until 2000.

Mr. Heistand currently serves on the board of directors of United Legacy Bank in Orlando, Florida and is a member of the Chairman’s Circle of the Real Estate Advisory Board for the Warrington College of Business Administration at the University of Florida.  He graduated from the University of Florida with a Bachelor of Science in Real Estate Finance.